Did you know that the paths of Carnia were trodden by the wheels of the first mountain bikes already in the early 90s?

Few enthusiasts, united by the common love for this discipline imported from America, began to identify and travel the most spectacular stretches of the Carnic mountain riding their bicycle. Thus the first single tracks were born, the first signs were laid, the first competitions were organized on these routes. The beginning of that cycling phenomenon which, nowadays, has grown considerably thanks to a mountainous territory that is particularly suitable for the practice of this discipline. 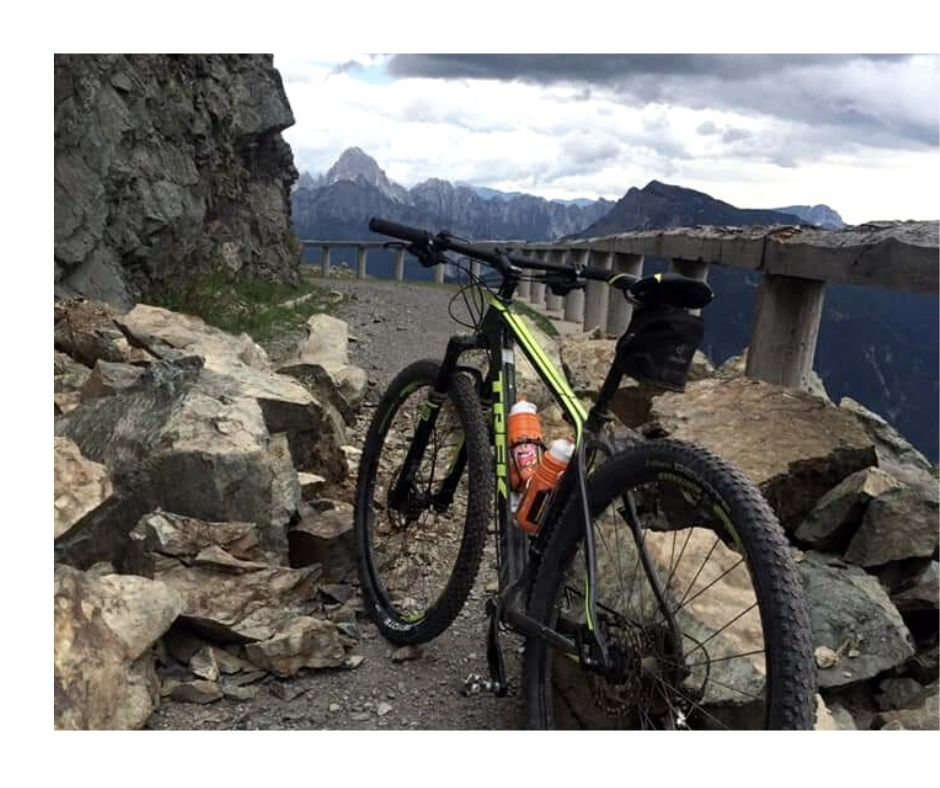 Among the identified and signposted paths, that of Monte Paularo is undoubtedly one of the most representative. An evergreen ring, which includes everything the biker is looking for: wide panoramas, always pedaling climbs, corners of silence and nature, fast descents that alternate with more technical and fun stretches. In short, a ring to try absolutely.
Mindful of the emotions that this ride had given me then, after years of distance I return to the parking lot of the characteristic Castel Valdaier, where I leave the car and get on the saddle of my bike. The original fifteenth-century building has been adapted over the centuries to a tourist structure and still partially retains the memory of an ancient building style.
The ride is fairly easy in this first stretch with a gentle slope and asphalted road. It is a long crossing on the southern slopes of Monte Neddis, a strip with a well-beaten bottom to follow upwards, towards the green ridges that mark the sky. The opposite peaks scrutinize my labors and the fresh wind up here brings me the aromas of these meadows, their flowers and the fine air that fills these spaces. The ascent is constant and without jerks. The tires adhere wonderfully to this good quality fund, an alpine road that climbs towards the top that I am now starting to glimpse.
Between the hairpin bends of the road a stream distracts me from the effort of the ascent, whose origin is revealed to me a little further, just behind the ridge of the mountain. The scenery where the small lake of Dimon lies, a basin of glacial origin, fascinates me so much that I cannot avoid a long stop on its green grassy banks. I get back on the saddle of my bike to pedal again the road that climbs west, accompanied by the whistles of the marmots and by a majestic specimen of an eagle hovering over my sky. I pass the ruined Montelago hut and aim at the top of this path, Mount Paularo. I want to carry my bicycle to the tip of my efforts today and then I climb, with some extra effort, to the top carrying the bicycle on my shoulder. A short effort paid off by the view that opens once you reach the summit: I am alone in front of a long stretch of the Carnic Alps chain with the most important mountains as a backdrop. There is the highest peak in Friuli, the Coglians, one step away from me so close that it seems I can touch it. Creta Cjanevate and Creta di Collina mark the sky to the west with their gray walls. 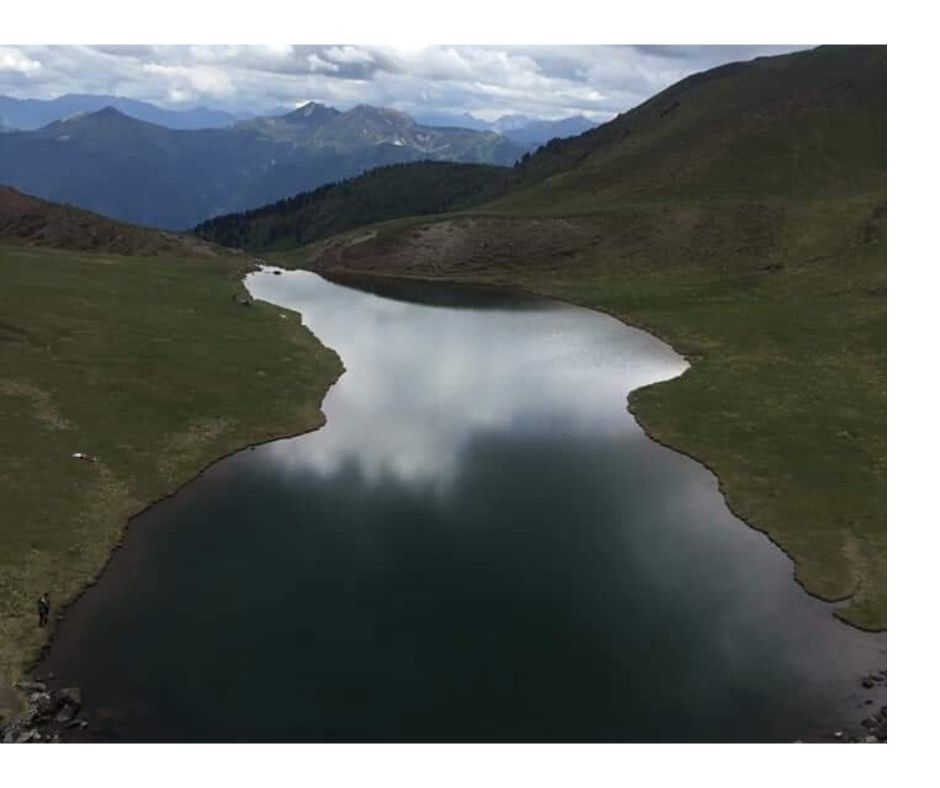 The glimpse of the panorama now mixes with the fun of the descent. I return briefly on the ascent route and just beyond the hut I follow the CAI path 404 towards the crests of Mount Dimon. A short ascent starts the aerial ride of the ridge, an exciting descent along single track and technical passages that follow one another without interruption. I pass the entire slopes of Mount Neddis and continue down to the old ski slopes, near a small building. The descent is exciting and alternates between the more beaten and simple sections with technical passages on cobblestones where I have to work hard to choose the right trajectory. A last stretch of fast path takes me back to the starting point between clearings and woods that become vigorous.
Thirty years ago my bicycle was devoid of current technology, without shock absorbers and very heavy. Today with my enduro, similar to a spaceship with pedals, I again trod the same paths.
Because after all, the emotions that this path gives do not fear old age or technology.
Omar Gubeila
Foto Marino di Lenardo 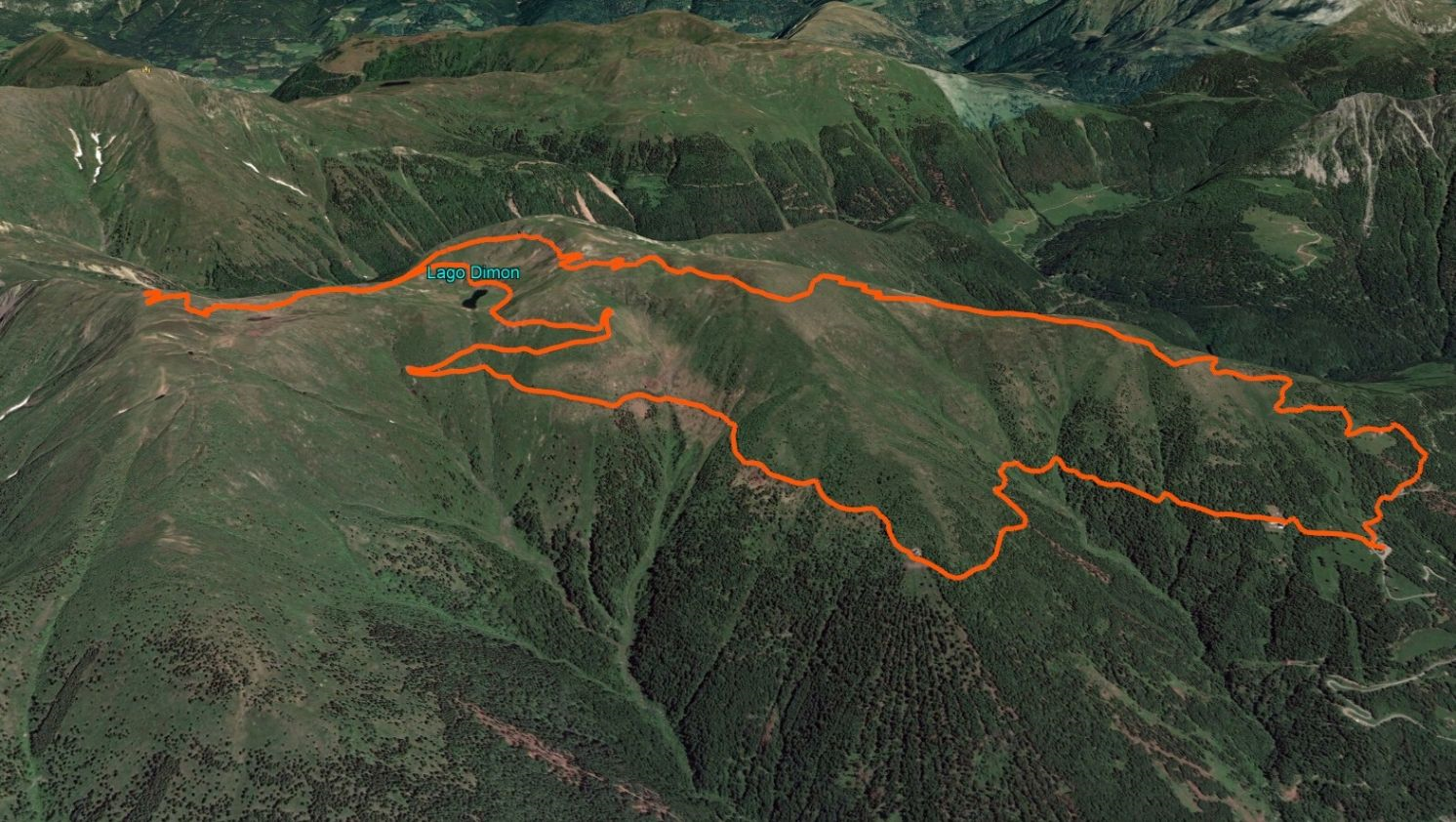